With only two weeks to go until curtain up on The Picture of Dorian Gray, the more male and less glamorous member of the Network Comms Team sneaked into a rehearsal to see what all the fuss is about.

Putting on The Picture of Dorian Gray is a huge challenge. For a start, so many of us are familiar with Oscar Wilde’s well-loved novel and will go into any production with our own preconceptions. Then there have been the numerous adaptations, starring such luminaries as Bela Lugosi (in a silent, Hungarian version!), Angela Lansbury (Murder, she painted?), Jeremy Brett (as both Dorian and Basil, 16 years apart), John Gielgud and Colin Firth.

So how can an original version be produced which does not betray such a literary classic? That’s what I am here to find out! 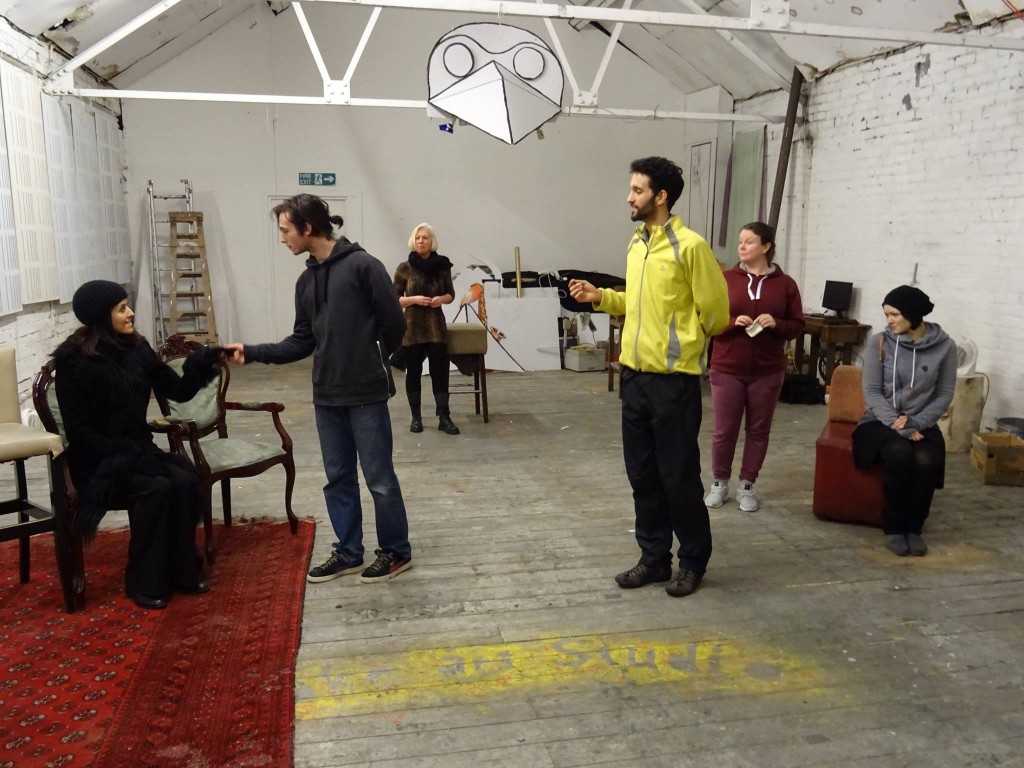 Despite the cold weather and cavernous Duke St rehearsal space, which my inside contact (whose identity it would not take Jeremy Brett to figure out) informs me has been lovingly dubbed ‘the fridge’ by the cast, the atmosphere is enthusiastic and the game of Zip Zap Boing one of the most competitive I have seen in a while. The warm-ups give me just enough time to sneak a cup of tea, although I had to indulge in my own game of ‘pass the sell-by date’ with the multiple milk containers, losing repeatedly.

Finally, it’s time to see some of the action and I am instantly impressed by a monologue from Rory, playing Dorian. He is a compelling presence, even in ‘civvies’, and you can easily see why he got this most sought-after of roles. 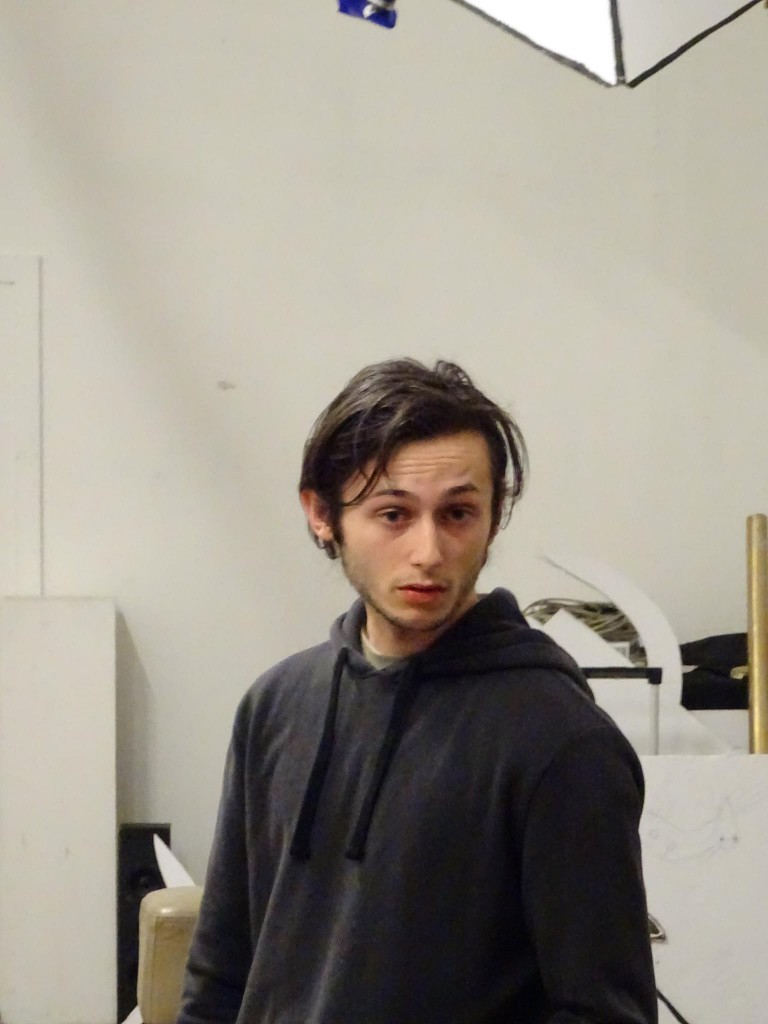 Another striking aspect of this production is the almost constant presence of the chorus, with the actors switching from individual characters to a menacing group, who comment and threaten as the action unfolds. It makes for a very unsettling and atmospheric scene and the contrast with the fun and games beforehand could not be more marked.

I have a chance to see two more scenes, providing me with a snapshot of both some of the shallow, snobbish society in which Dorian moves and one of the more sinister scenes from the second half. It is excellently done and the play looks to be in a very good place with a fortnight to go.
Apart from the photos, my main aim is to get an interview or two with some of the key folks involved and luckily enough I managed to grab five minutes with both Rory and director Elaine. 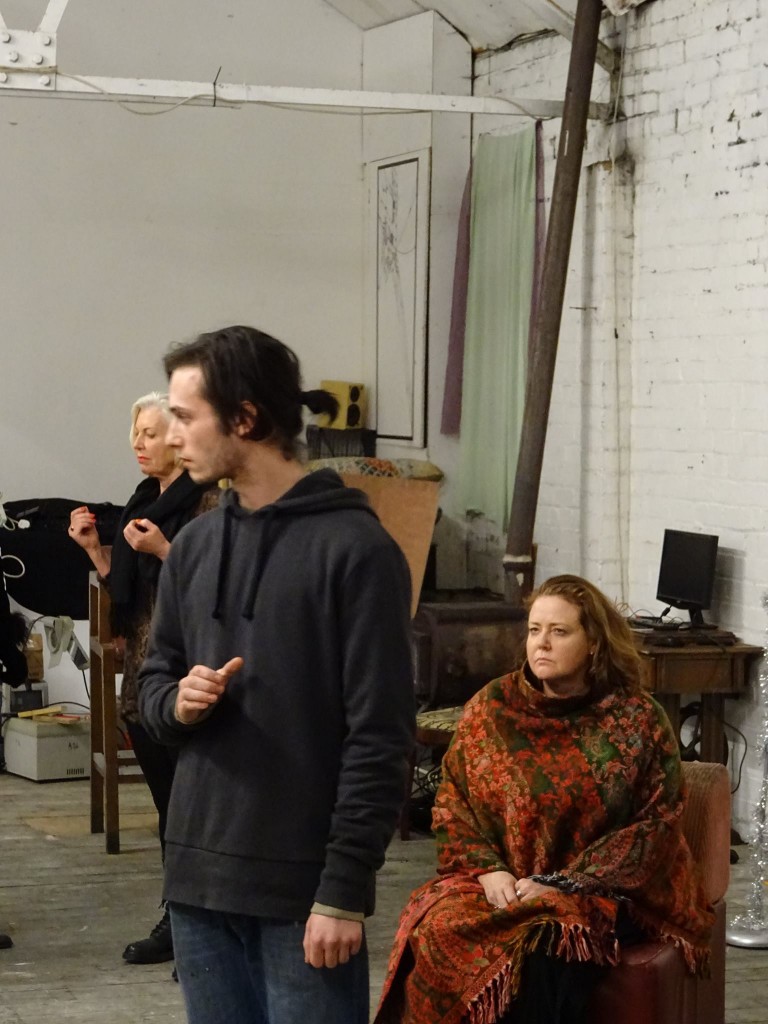 This is Rory’s first production with Network and indeed his first out of university and he is only too happy to discuss playing the lead character in what he describes as “one of the greatest stories ever written”.
I start by asking him how much he knew about the character before starting rehearsals and whether he had read the book.
“I hadn’t actually read the story, but I loved the film The League of Extraordinary Gentlemen and I thought he was one of the best things in it,” he explains. “I just think he is an amazing character and, let’s be honest, playing the antagonist is always more fun. You get to be the real driving force behind the plot. What is special about The Picture of Dorian Gray is that Dorian is both the antagonist and the main character. That is a very rare and exciting combination. What’s not to like?”
“Why do you think he is such an enduring character?” I ask.
Rory doesn’t hesitate: “for me he symbolises a life without ambition. He is basically doing what we all crave doing, namely living life to the full in every way. Of course, some of his terrible deeds are definitely taking things to an unhealthy extreme, but I can see the admirable side of the character. Admirable insofar as he decides to make the most of every opportunity. It’s just he turns into a psychotic druggie! In the end, there is a part of all of us that wants to do what he does. After all, you only get one shot at life.” 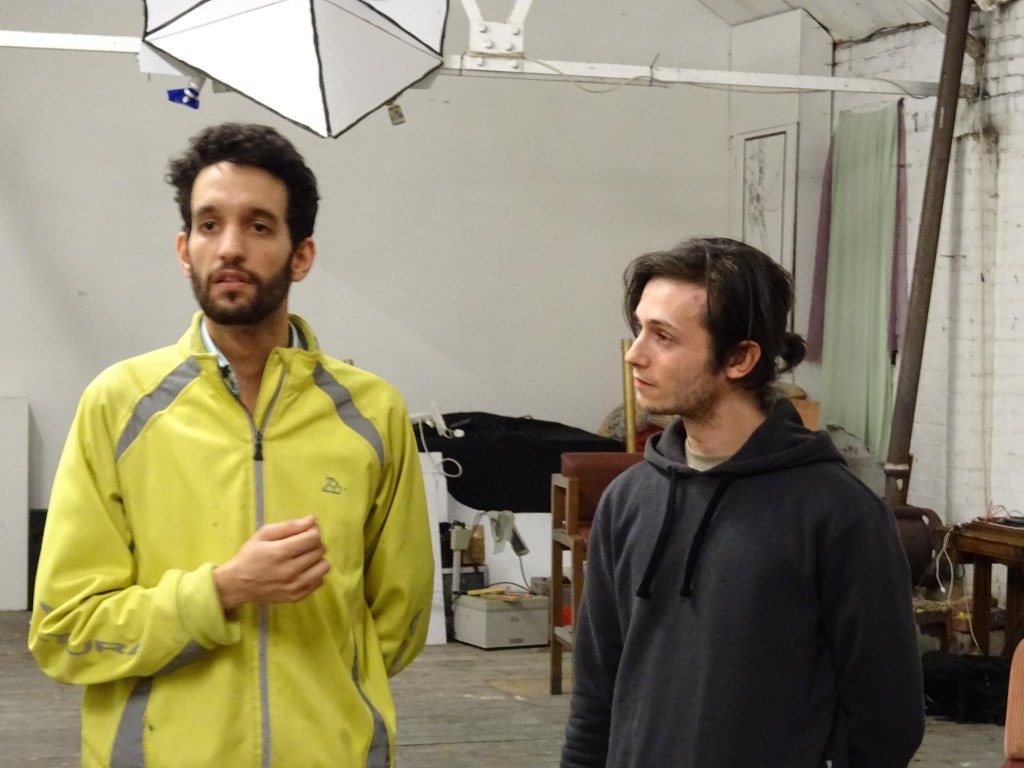 I am impressed by how passionate he is about the part. This is the easiest interview I have ever given! I ask about what particular challenges he has faced.
“It may sound funny, but probably posture. You’ve probably noticed I am a sloucher!”
“How did you overcome that?”
“Practice! I have to mention my Uncle Daniel here, who is a huge fan of the book. He described Dorian as ‘coming into the room like a waft of perfume’ and that’s something that really helped me when it comes to the social situations in the first half. The key thing was ensuring I got the transformation right, from an awkward young man into the hedonistic party animal he becomes. In the end, he is a monster, because anyone who does exactly what they want and ends up hurting so many people cannot be considered anything else.”
As this is Rory’s first time with LNTG, I ask him about his experience working with us and with the director, Elaine. 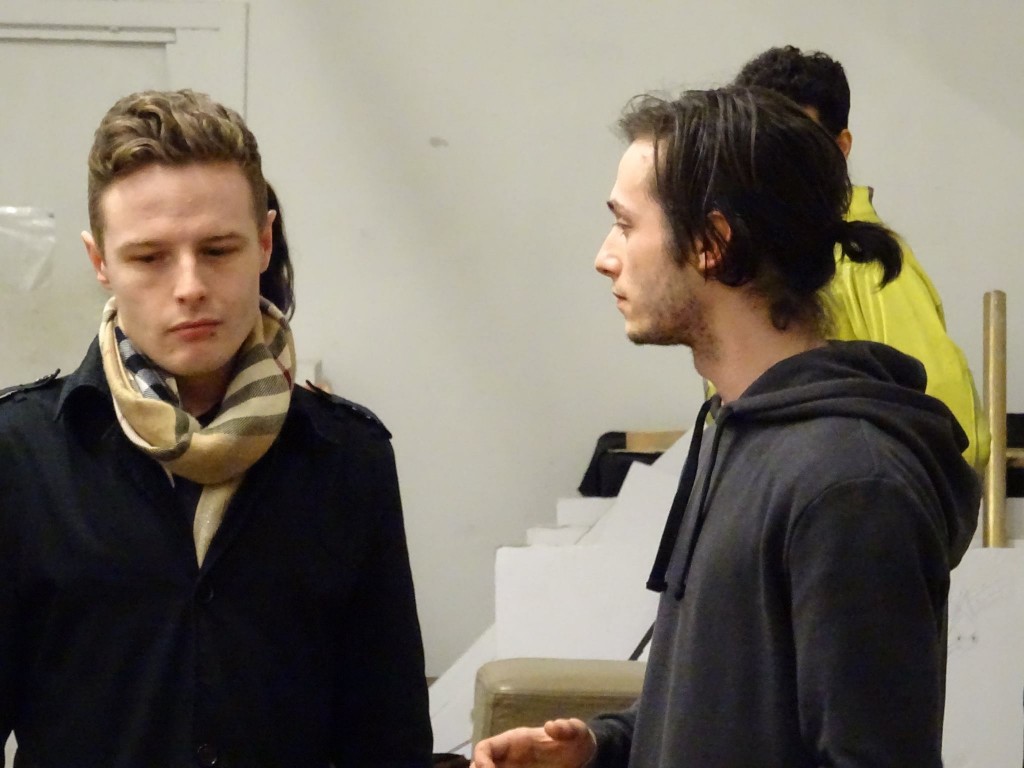 “Well, this is actually my first show out of university,” he explains. “I think the general feeling here is a group of people who all really want to get something done. I could gush about the wonderful experience, but I think the main thing is that we are all motivated and passionate and want to produce something special. Elaine has been great in letting me find my own interpretation of the character. She hasn’t been restrictive in any way and I really feel that the Dorian the audience will see on stage comes from me. This is how direction should be: letting the actors find what is right for them and ensuring we all have scope to be creative. For instance, sometimes I will be off dancing in the corner on my own! But Elaine doesn’t tell me off. It’s all part of me and finding Dorian.”

Trying to get the dancing Dorian quickly out of my head, I ask my final question: “why should a potential audience member come and see the show?”
“Because this is one of Oscar Wilde’s greatest works,” he smiles. “There may be a moral message, but the play is uncompromising and unapologetic throughout. Plus it is such a character-driven piece. I think every kind of theatre has its place, but Dorian Gray will be a powerful, hard-hitting drama. Why would you miss it?”
I am really impressed by how committed he is and a lot of that must come from the director, Elaine Stewart. I managed to grab five minutes with her during the break and the first thing I wanted to ask was what drew her to The Picture of Dorian Gray. 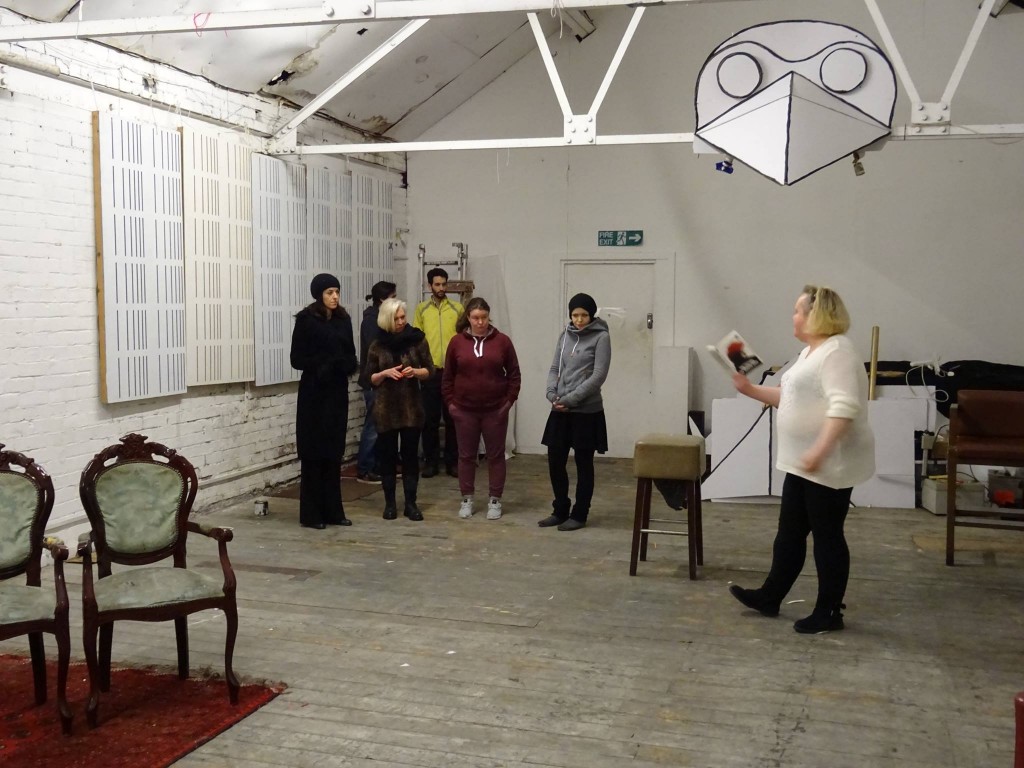 “Well, I love dark, Gothic theatre,” she explains. “I also love Oscar Wilde, of course, and one of the big pluses about this adaptation is how it uses the original text from the novel in the play script. It is as authentic as it can be. Another exciting thing for a director was the use of the chorus. It was clear right from the start that we couldn’t have an actual portrait on stage. I mean, how could we age it, right? It would be totally impractical. So we actually have a blank canvas throughout and it is the chorus who act as Dorian’s conscience. They are always there in his mind. It’s also how they move from being simple commentators at the start to actually closing in on him and driving his thoughts and actions by the end.”
I have to admit, it does sound pretty cool! I wonder whether there have been any particular difficulties involved in this particular production.
“The staging was always going to be tricky, but I actually feel that the intimate space of the Lantern is a plus here.”
“How so?”
“Well I think having the audience closer to the action heightens the feeling of paranoia and discomfort we are trying to create. The closer the better to be honest. Oh, and if I could add something else? One other issue was bringing out the homoerotic undertones. It’s not always easy to get that intimate atmosphere with a bunch of straight guys, but we managed it at our rehearsal last weekend and it was amazing! We had a rehearsal with just the men and it was so charged. I think the audience will really be able to invest in these characters. Character development has been tough, but such a fun and rewarding process.” 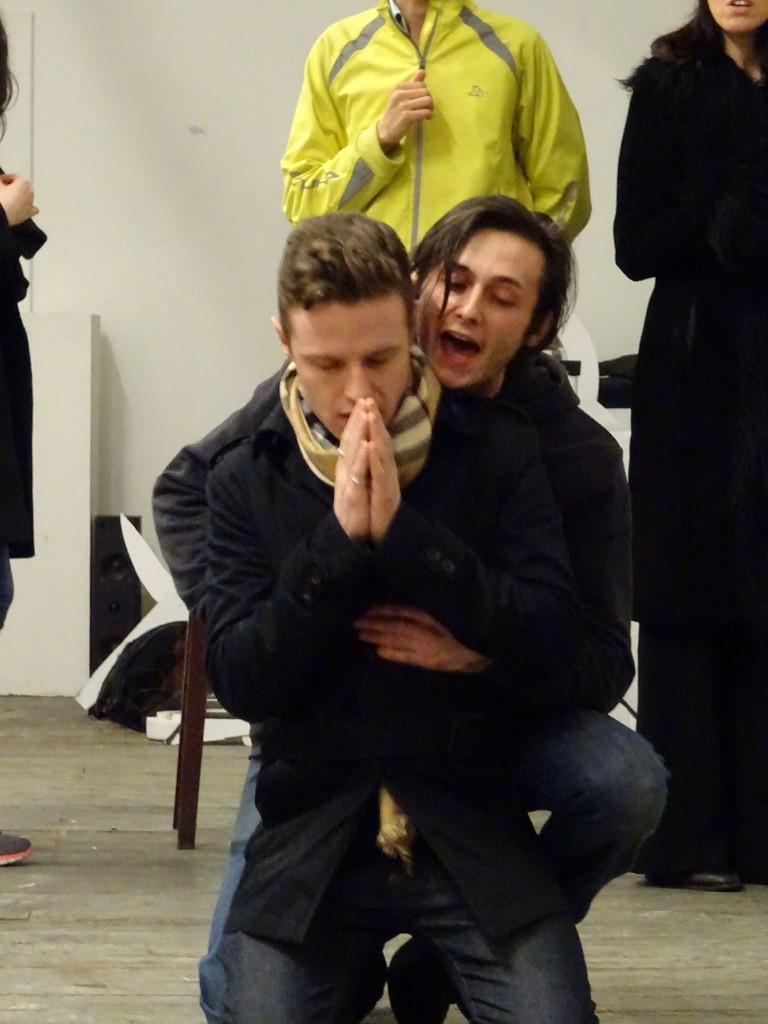 I ask her what the best aspects of the rehearsal process have been and she is quick to praise the cast.
“They have been so positive and supportive,” she enthuses. “It’s such a great cast to work with and I honestly don’t have a bad word to say about them. We all saw this as a challenge and have striven to overcome it together.”
Finally, I ask her my favourite question about why people should come and see it. For Elaine, it’s a no-brainer.
“This is something totally different, a really dark piece. The subject matter may be difficult, but this is a unique adaptation that is really not to be missed. There is so much subtext going on that the audience are going to be really drawn in and absorbed by the action. I think the play will be both educational and entertaining and something completely original. You will really want to come and see this!”

I thank Elaine and the cast and slink out, but to be honest nobody really notices. I have taken up enough of their director’s valuable time and they are already engrossed in the next scene. It is great to see everyone so passionate and excited and you cannot help but be swept up by it all. This really looks like an excellent production and one you would be a fool to miss! This little taster has really whetted my appetite and I cannot wait to see the finished article.

The Picture of Dorian Gray is on at 7.30 p.m. from Thursday 7th to Saturday 9th April at The Lantern Theatre, 57 Blundell Street, Liverpool, L1 0AJ. Tickets cost £8 (£6 for concessions) and can be purchased at: http://www.lanterntheatreliverpool.co.uk/?post_type=events&p=1601 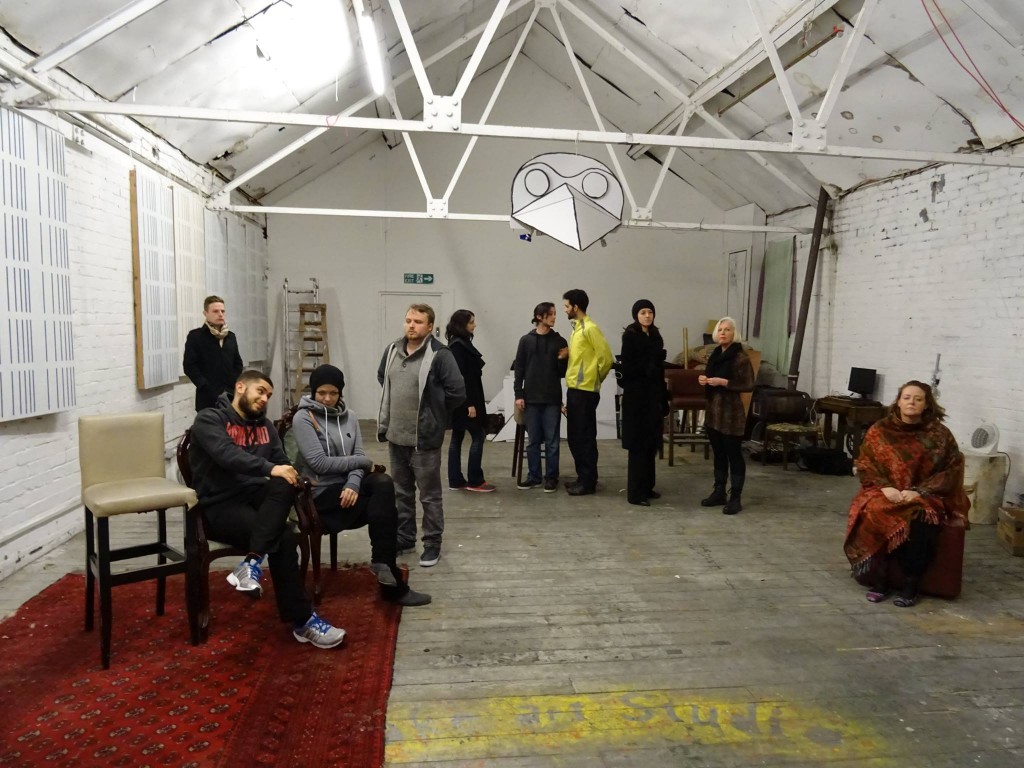 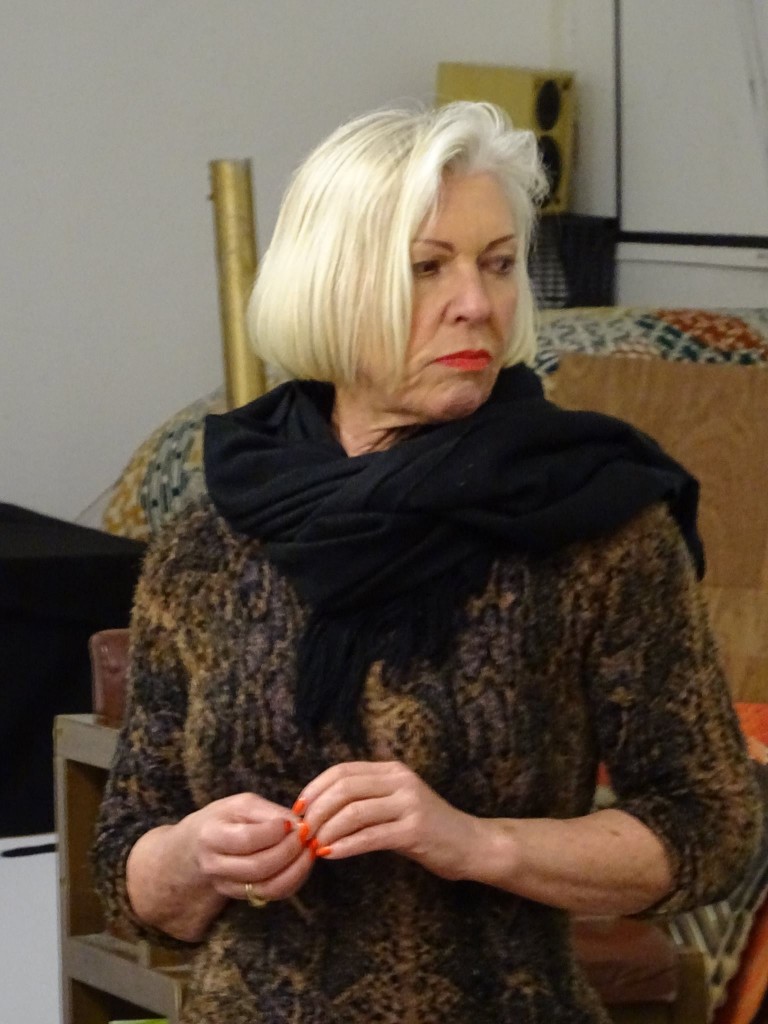 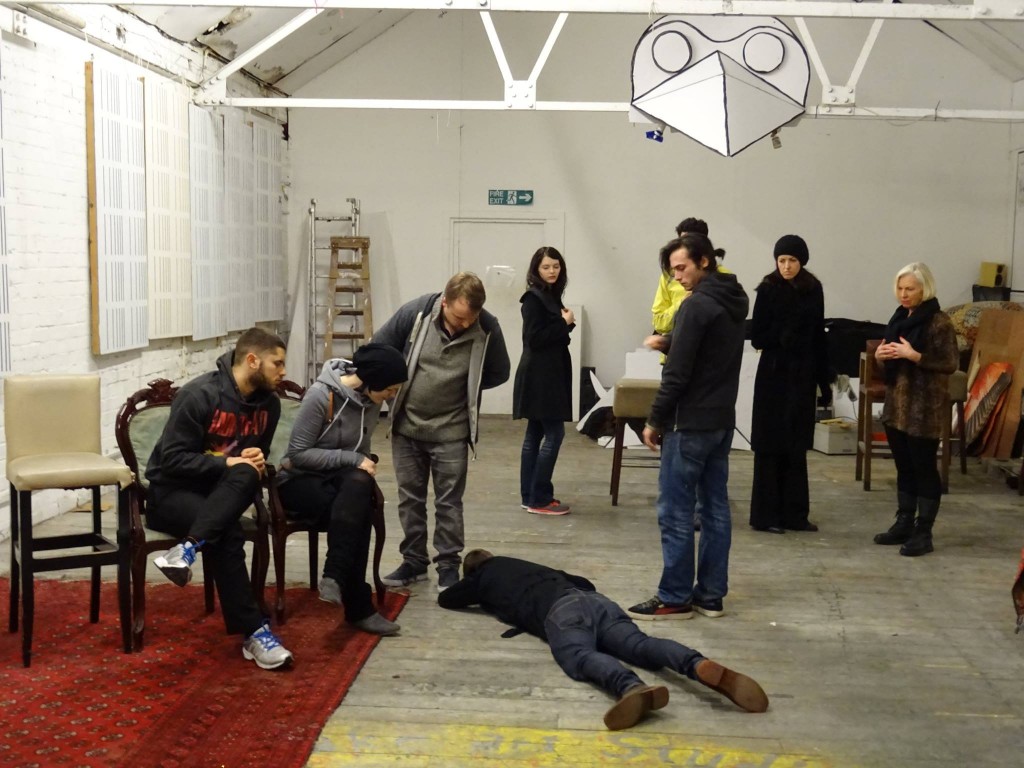 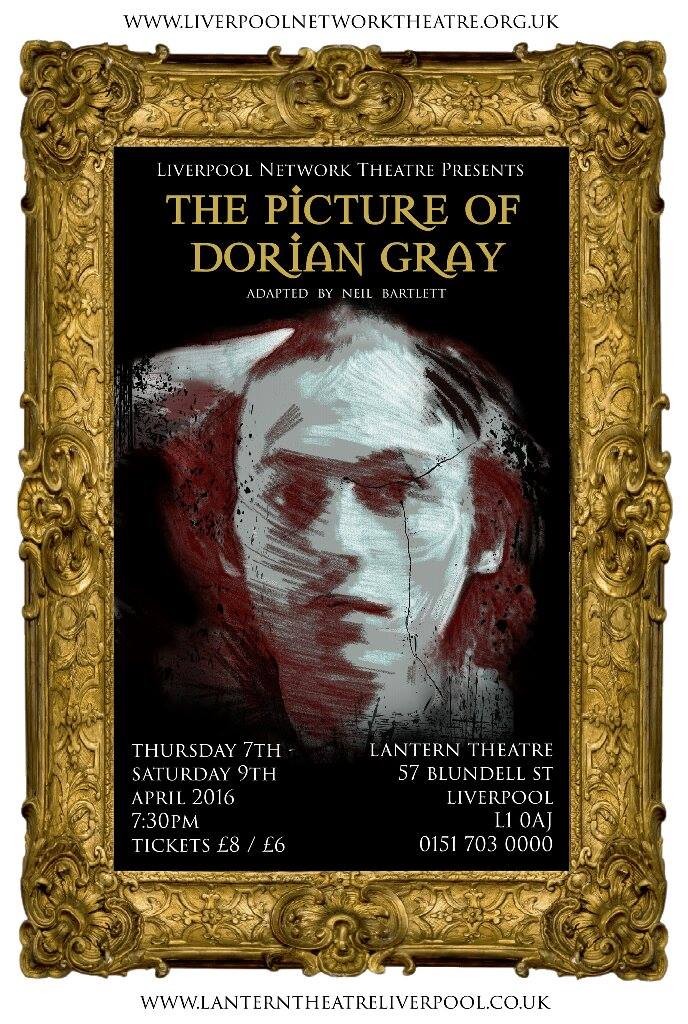 Article by Will O’Neill for Liverpool Network Theatre.